Skip to content
Homepage / Javascript / How I Think About React (A Mental Model For Beginners) | Part 4: Syntax

In previous articles in this series, I explained my mental models around understanding 1) what React is and how it helps, 2) the hierarchy of React components on a web page, and 3) how React manages the flow of data.

In all of this, I have avoided getting to the specifics of React code as my focus has been on the concepts.

However, I wanted to get into the concepts of the specifics, that is, the nitty-gritty of React’s syntax.

A common pitfall of someone who is new to React is to confuse what is a JavaScript thing and what is a React thing.

Hence, in talking about React’s syntax, we need a mental model for distinguishing those things that are particular to React.

As I’ve mentioned before, React components are essentially a function that returns a web element.

Let’s look at an example:

In this (very) simple React component, we see that it is a function that returns an element.

There is one thing here that is specific to React. That is, the function is in PascalCase (like camelCase except the first letter is also capitalized).

This subtle difference is for being able to easily distinguish between a React component and an ordinary function.

Since our current component is as basic as it gets, let’s incrementally make additional changes so we can point out even more things that are React-specific.

So far, I’ve said that a React component returns a web element, implying an HTML element.

Technically, React returns something-like-HTML and translates it into HTML.

The “ML” in HTML stand for “Markup Language.”

The “ML” in XML also stands for “Markup Language.”

So, what does “Markdown Language” mean?

In human terms, “language” refers to the words that are understood by a community. It is used for a community to communicate with one another.

HTML is a language by which the web browser, the computer environment of the web, understands how to construct elements in a web page.

In human terms, there are different types of languages (such as formal vs. informal) for all the various languages.

Similarly, there are different types of computer languages for all the different computer environments.

“Markup” refers to a type of computer language that is used to construct elements in an application.

This is different from a “programming” language which is a type of computer language for interacting with elements and handling data.

So, what does “hypertext” signify?

The short answer is that “hypertext” is synonymous with the web. So, we can read “hypertext” specifies that HTML is a markup language for the web. We can read it as “Web Markup Language.”

More technically, “hypertext” refers to text that links to other text.

Back in the 90s, when HTML was invented, the “web” might suggest something different than it does to us today.

Today, we might think of the “web” as the place where we watch videos, comment on our friend’s photos, and accomplish other fun and productive tasks. However, back then, a web page would look more like this: 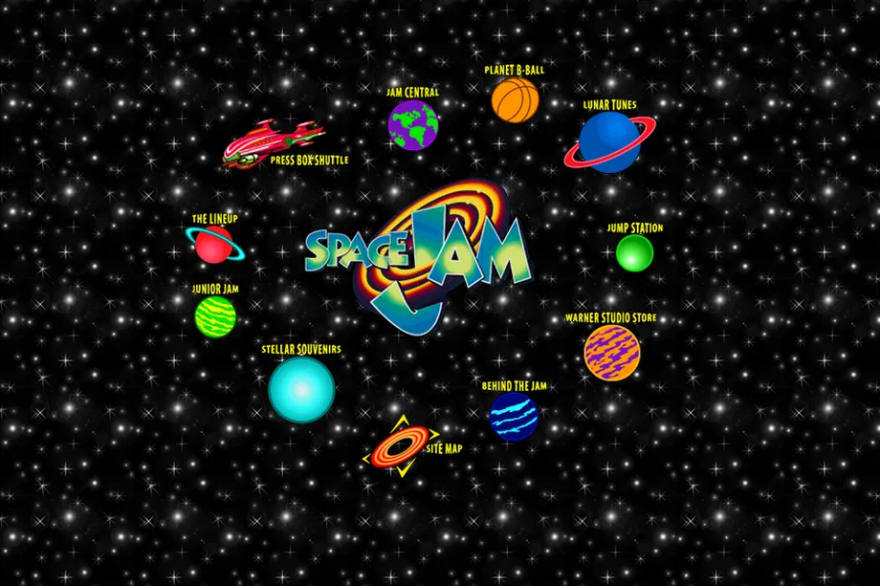 A web page would have been a collection of text as well as links to other pages (with more text).

Interestingly, “web” was a reference to the mesh, or web, of information that could be accessed while navigating between these pages.

In short, “hypertext” being synonymous with “web” meant more sense when HTML was coined than it does to us now.

Putting it all together, “hypertext” means the web, and “markup” + “language” means a computer language for constructing elements in an application.

Again, HTML refers to the language for constructing elements in a web application.

Java Script + XML (JSX) is similar in that it is a markup language. That is, it is a computer language for constructing elements in an application.

The “X” is XML stands for extendible.

In a word, XML is used for passing data that can later on be displayed by a UI. It is not meant for displaying.

To put it in simple terms, XML is a markup language that will be consumed by something else before the data it contains is displayed.

Hence, the addition of “JavaScript” means that JSX is a way to write markup with data.

Similar to HTML, it is a means to creating web elements (since JSX ultimately gets translates to HTML).

Unlike HTML, it can bind/populate/glue data to the the web elements. So, after React translates the JSX to HTML, the web elements can be displayed with the data that was bound to it.

Hence, React has a concept of re-rendering when the data (state and props) bound to web elements is changed.

With that in mind, let’s take another look at our example:

disabled={false} must be a React/JSX (not HTML) thing because it is binding data to a web element’s attribute.

In addition to the major difference of binding data, JSX has a few things that differ from HTML.

Instead of class, you use className.
Instead of a style string, you use an object with the traditional CSS attributes/keys being in camelCase.

This is something you just memorize and get used to.

As we’ve discussed before, “props” (or properties) is a React-specific concept. It is the way you can pass data from a parent component to a child component.

We’ll look at how you “use” a component and set “props” in just a minute. But for now, just know that a React component/function “receives” its props from the parent through an object parameter containing all of the props.

Button({ someProp }) is JavaScript syntax for “deconstructing an object.”

We could also do Button(props) and access a prop by doing props.someProp. However, deconstructing/plucking the props in the () of the function seems to be more popular.

In other words, deconstructing is not “React magic” but receiving a “props” object as an argument is.

With access to a prop, a React component can do different things.

As in the example above, it can bind an attribute to the prop (i.e. disabled={isDisabled}). In this example, the Button will be disabled if the component that renders the button provides a isDisabled prop with a value of true. Otherwise, it won’t be disabled.

Props can also be used to dynamically derive values for an element’s attributes:

In JSX, {} is used to “use” JavaScript to derive values.

Finally, props can be used to render or not render elements to the browser (not merely different values/attributes):

Since state is data, it can be used to do all the dynamic things we’ve just discussed.

If the state or props in a component changes, React will re-render/refresh the component with the new elements based on the new data.

As for the syntax of state, let’s look at an example:

useState is a function that the React package exports.

It is part of a series of functions that React exports.

These functions that are prefixed with “use” are called React Hooks.

React hooks will require an entire article to unpack.

For now, my point is to show that useState is a React concept.

useState is a function that “takes in” a default value, and returns an array with the first element containing that default value.

The second value of the array is a “setter” function. It is used for updating the value of the state, telling React to re-render/refresh.

Essentially, with this syntax, you can pluck and name the elements in an array in an easy fashion.

Recall, with access to the state, you can do the same dynamic things you could with props:

Again, to update the state, you call the “setter” function with the new value:

So far, we’ve gone over the basic of the React syntax/magic for dynamically rendering web elements.

To consume/use a React component from another component, here’s what you do: