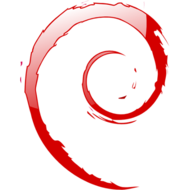 In any GNU/Linux distribution, which have a package manager on board, is recommended to install software by using “packages”.

At some point it may happen that create a package will be easier than build it from source again and again. For example: some programs required for several colleagues and not all of them is able to understand why building from source code failed.

If you want to create a package that can/will be included in the official Debian repository you must to get acquainted with the following materials :

The first thing you need is generate a gpg key. Package will be signed by this key. Run this commands in your terminal:

It’s important to remember that in next stage it will be necessary to use the same name and email that were used for creating the key.

You need install these packages for further building:

Download tarball with source code. Unpack it and rename directory like this: “name-version”. Important: the directory name must be in lowercase.

On the same level with that directory you need to place the archive with the source code. You can simply archive a directory that you just created.

Now we will prepare package structure.

Do not forget that you must use the same email, that was used to generate the key . After you run this command in the terminal you’ll see the following prompt :

In our directory appeared a new subdirectory called “debian” which contains the files necessary for further assembly. Now we must edit the information about our package.

First of all we must find out dependencies for our package:

After that we must edit debian/control file like this:

In the same “debian” folder, you will also find a “copyright” file which you need to edit. The important things to add to this file are the place you got the package from and the actual copyright notice and license.

Ok. It’s time to build our package. Let’s do it:

If there had been no error in the previous stages the assembly process will receive a password prompt from the gpg-key. After that our new package will appear in directory one level up. You can install it by following command:

As you can see the assembly was carried out on the platform x86_64. Do you need another platform? No problem.

Assembly for a another platform

To build, for example, for the i386 platform we can use pbuilder – an automatic Debian Package Building system for personal development workstation environments.

Quickly jump to a project in shell